Many things can be optimized in a WordPress site, but CDN and Full Page Cache are the two most essential factors for the speed of a site. We certainly can find a lot of information and tests online about which CDN provider is faster or the fastest, but most of them, maybe all of them even, are primarily tested using two methodologies:

Well, this is not such a bad method as for preliminary results; however, the final result is very different, and we will explain exactly that in this article.

Firstly, let see two examples from everyday life, for instance, San Francisco, New York and Omaha. The distance from San Francisco to Omaha is around 1,700 miles, while from New York to Omaha about 1250 miles. Let’s say our CDN POP location is in Omaha and if we test it from New York, it would be logical that the final result will be faster because it is closer. But in the world of the networks, the result can be reversed, i.e. it is possible the testing from San Francisco to be faster.

Another example is when a WordPress site is hosted in Vienna, and we are trying to test it from Bratislava which is only 50 miles away from Vienna. According to our GPS, the connection from Bratislava to Vienna and back will travel for only four milliseconds, but we will mention it again, in the world of the networks the result can be 40 milliseconds because the routing would go through Frankfurt.

Cedexis, a well-known company for web traffic optimization and analytic, benchmarks and provides visibility into latency, throughput and availability of the leading CDN providers. Cedexis provided data on Google Cloud CDN performance with Google Cloud CDN demonstrating industry-leading performance. Cedexis testing methodology used for the gathering of this data can be viewed on its website.

From the Cedexis’ report, we can verify the example with the cities and see why the above two methodologies for testing the performance of the CDN are not plausible.

Comparison of the number of POP locations

Testing from one location

The report of Cedexis is incorporated on continents not states basis, but we can easily see that in Asia it is not Google, nor Akamai the fastest but CDNetworks. If the report had been presented by country, then each country even the smaller regions would have had a different winner. It gives us the knowledge that each CDN has its weaknesses and strengths in a particular area of the world. Anyway, we need to focus ourselves on a continent basis if most of our visitors come from only one continent or globally.

Why is Google Cloud CDN is so fast? 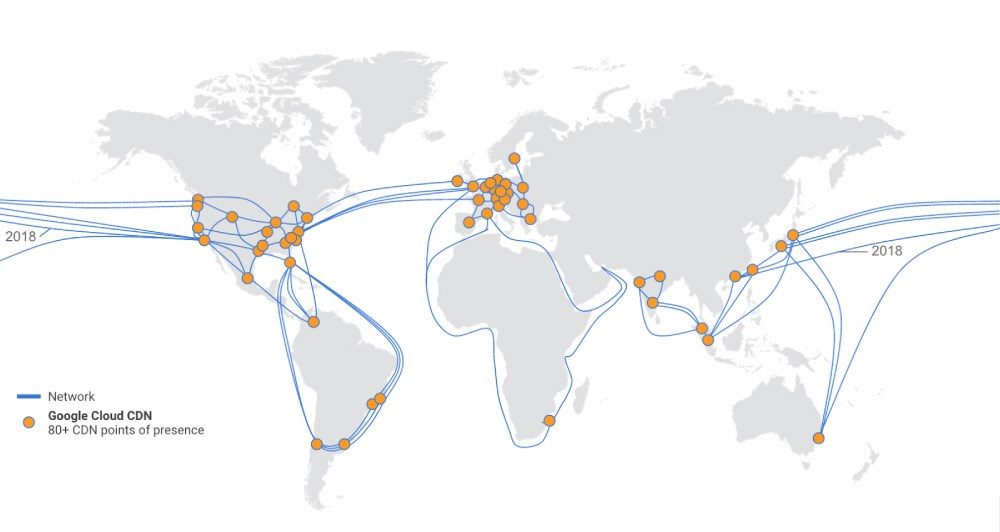 This question cannot be answered with certainty, anyway, here are a few examples that we think have a significant role in the speed.

Google Cloud CDN uses a Cache-to-Cache technology, which according to our analyses is very efficient and fast. We analyzed the logs of our customers, and we came to an incredible number, 70-99% of all the CDN cache files come from their nearest POP location that has previously cached the same file, but not from our server that is much further. This is how it looks if your WordPress site is hosted in Central America but has visitors from Europe:

Unlike the most of other CDN providers, Google Cloud CDN uses a single global IP address that works everywhere and does not require regional DNS. Most of the other CDN providers that use DNS to route the visitor to the nearest POP location can be so inaccurate that it would be even slower than not using CDN i.e. the user will take the image faster from your server instead of the “nearest” POP location.

Google Cloud CDN does not support custom origin server. This means that if you want to use Google Cloud CDN, then your site must be hosted on Google Cloud Platform. We can conclude from this that Google has an optimized network between its servers and the CDN POP locations.

How to use Google Cloud CDN for your WordPress Site? 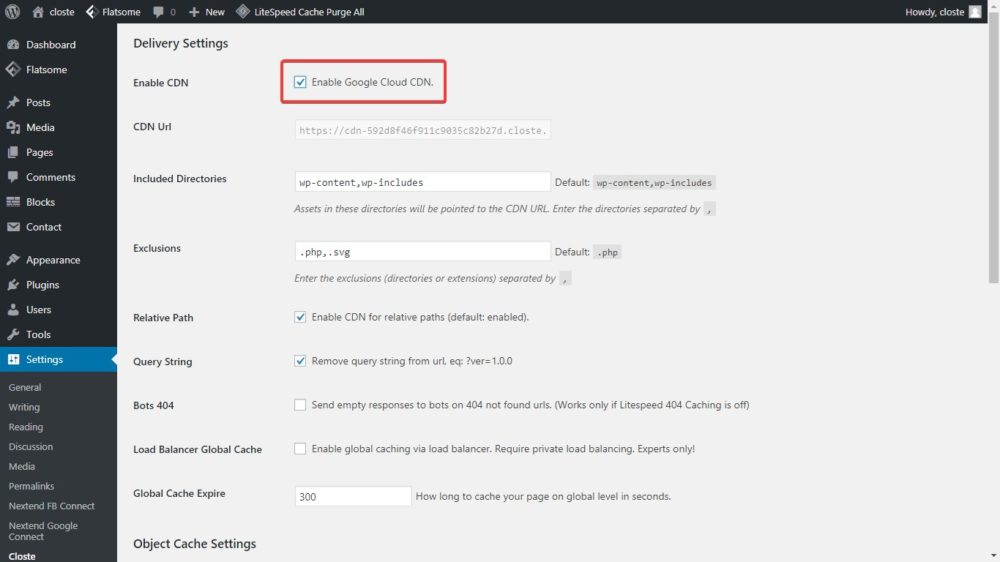 We also have a monitoring system from where you can track how your visitors are using Google Cloud CDN.